A Place of Mine

On my first full day in the city I had agreed to meet my friend after she finished work at lunchtime, so after spending the morning getting ready and managing to navigate the city’s public transport system I ended up in Terrassa. From there we drove up to Vic, as part one of our mini road trip.

We got there after lunchtime, and given that by this point we were both pretty hungry, we decided to have lunch first. My friend took me to a traditional Catalan restaurant that she’d been wanting to try for a while. The food there was amazing, and they did a set meal for a decent price. I had a cold pasta dish to start, and a rabbit dish in a nut sauce for my main. It was so good, even if the waiter did make fun of how long it was taking me to eat.

After satisfying the growling of our stomachs, we headed out to see some of the town. There was a mix of old and new architecture all around the town, and some of it was just incredible. There was also a pretty beautiful church, and a pretty square lined with shops. We also spent some time down by the river watching some ducks take a bath.

After spending some time in Vic we drove on to Besalu, a very old style town with a very famous bridge. The bridge itself had been built at some point during the 11th century, however it had been expanded and rebuilt many times, most recently in 1939, after it had been destroyed as part of the civil war. The town itself was a beautiful old town with lots of ancient architecture and plenty of rich history. There were all sorts of curiosities dotted around the place, including a very old well and a very high chair. 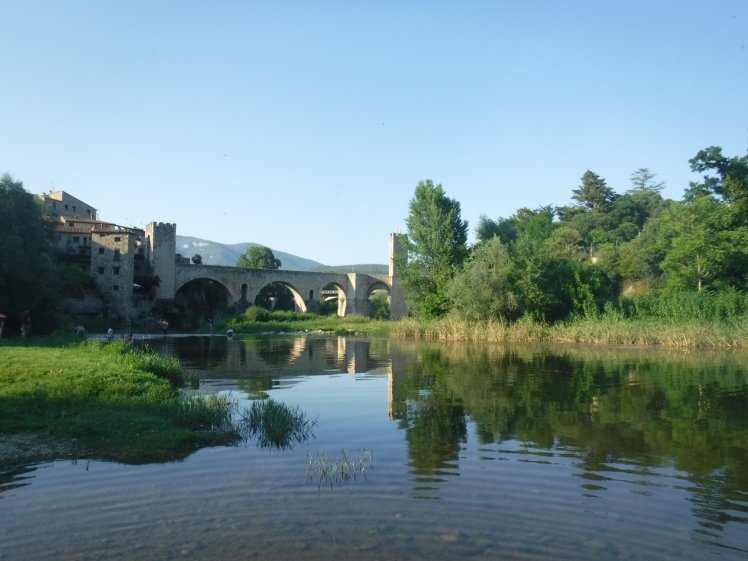 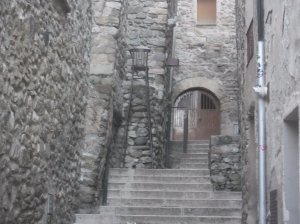 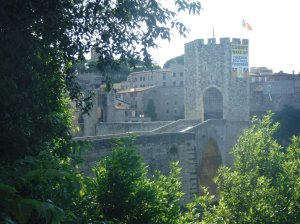 Both cities were absolutely beautiful and well worth a visit if you get a chance. Vic is accessible via the train system in Barcelona, but Besalu is further out. If we hadn’t have had the car it would have been much harder to get to I think.